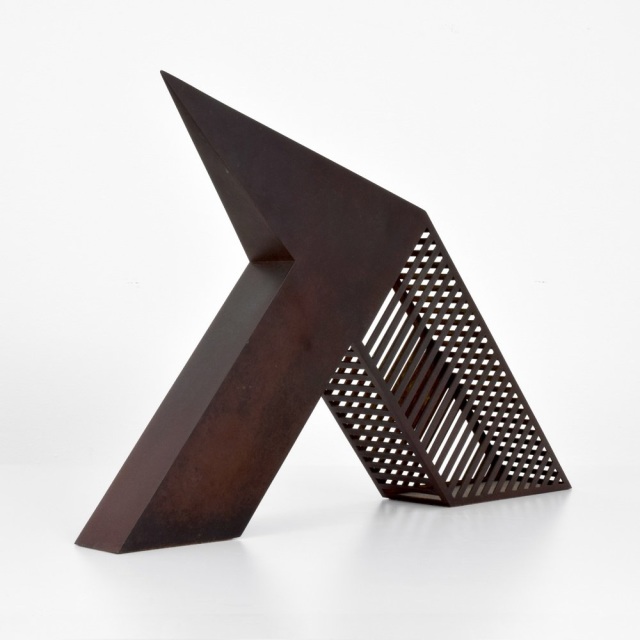 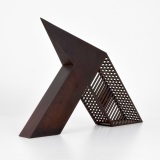 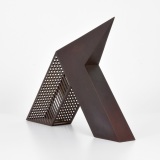 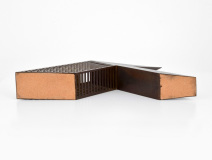 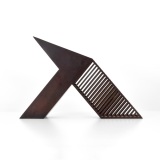 About John Raimondi: The first of four sons born to Erma and Peter Raimondi in May of 1948, the sculptor spent his early years honing his skills while developing an eye for the beauty of nature that surrounded him. As a young man he spent much of his time in the company of his family, enjoying the solitude of drawing and painting, as well as collecting coins and building scale-model airplanes and cars. These childhood interests evolved as he grew into adolescence and soon he was designing and building full-size "street rods" that were as unique and imaginative as the young man himself. These early creative endeavors proved invaluable in the artist's keen ability to comprehend scale and movement— two of the elements that are so essential in his work today. After studying art for a year at the Portland School of Fine & Applied Art (now the Maine College of Art), Raimondi ventured into the world of monumental sculpture while studying at the Massachusetts College of Art. It was a medium that immediately captivated and motivated his considerable artistic vision and creative drive. Recognition came quickly and he was invited to exhibit his work at Boston City Hall, local galleries and museums. This led to Raimondi's first prominent commission, awarded to him in a national competition conducted by the I-80 Bicentennial Sculpture Project. This sculpture, entitled Erma's Desire, is named for the artist's mother, in homage to her intense desire for the happiness of her children. Located in Grand Island, Nebraska, the work was considered controversial, due to what some people perceived as a suggestive title and its abstract form. The controversy was debated fiercely in several major publications and on the TV news program "60 Minutes," catapulting Raimondi into the national spotlight. Since then several films as well as a National Public Radio feature have been produced and broadcast about Raimondi's vision and work. To date, he has completed more than 100 monumental sculptures for public, corporate and private collections worldwide. He lives and works in Palm Beach Gardens, Florida.