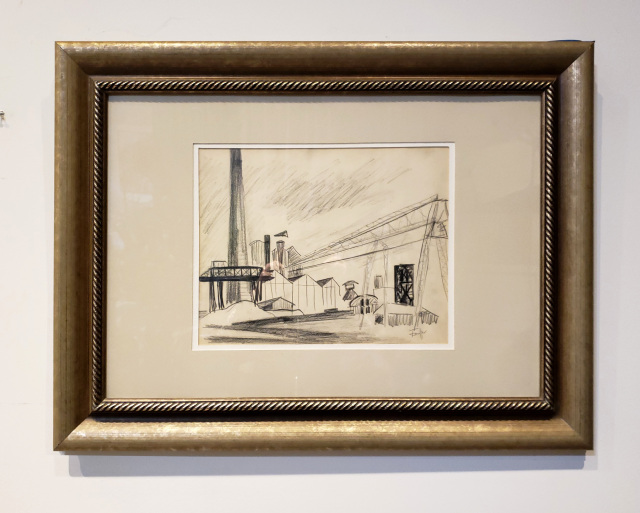 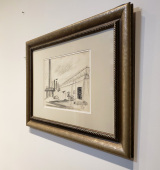 Charcoal on paper drawing of factory by French painter, actress and writer, Tonia Cariffa. From a 1949 series of paintings and drawings entitled "Pylons , Factories , Dams , and Rails".

Tonia Cariffa was born in France in 1924, the daughter of two respected painters, she initially studied acting and wrote several theater pieces. In 1947 she switched gears to study painting under the tutelage of Fernand Leger at his studio in Montrouge France where she met fellow artists Étienne Hajdu , Charles Maussion et Véra Pagava. Ms. Cariffa developed a personal and much varied oeuvre over her long career. Here first solo exhibition being at Galerie Saint-Placide, Paris in 1955 and her most recent at Le Gros Tilleul, in Gif-Sur-Yvette France in 2018. Her works can currently be found in the National Museum of Modern Art , Paris, The Museum of Modern Art of the City of Paris, The Cabinet of Prints in the National Library of France, and the Museum of Fine Arts of Chambéry .