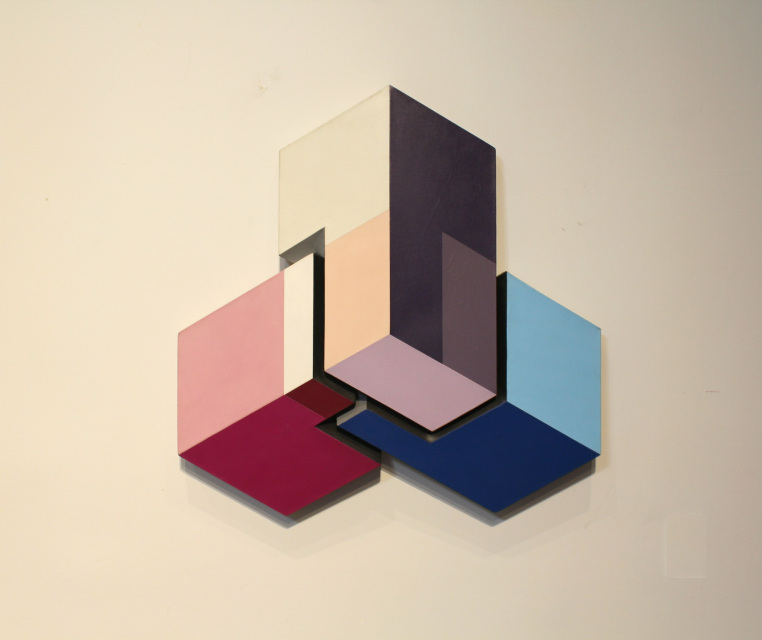 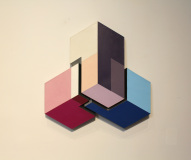 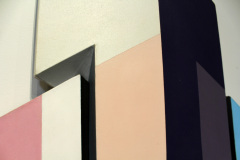 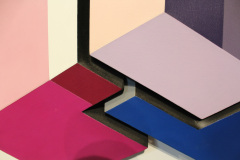 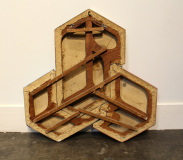 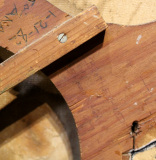 The Japanese-born artist hails from Kanazawa, a city on the northern coast of Honshu island. He studied at Kanazawa Fine Arts University during the chaotic days of Occupied Japan. Nagano began showing his work in Tokyo galleries as part of the “Timism” group: a loose association of abstract artists whose manifesto sought to kindle a modern Japanese aesthetic on the embers of the nation’s damped fire. In the early 1960s, he resolved to trade the relative certainties of his homeland for the life of an expatriate artist. He initially sailed across the Pacific on a tramp steamer bound for Santiago, Chile, where he could explore for the first time his vision vis-à-vis a “New World” culture. In 1965, he made his way to New York City, living a threadbare existence in an East Side tenement and painting on bed sheets from Macy’s when he couldn’t afford canvas.

It was during his early years in New York that Nagano began experimenting with the shaped canvas format that has come to characterize his work. In the late 1960s, he created a series of a dozen monumental canvases inspired by the New Testament Book of Revelation, which was exhibited at Brooklyn’s historic Lafayette Avenue Presbyterian Church. He was at the time represented by the Alonzo Gallery in New York City, and later by the Sindin Gallery, and had major exhibitions at the Berkshire Museum, SUNY/Albany, Squibb Center, and other prominent locations. Some of his pieces during this period were purchased for the James Michener collection and for the collection of actors Cary Grant and Steve Martin.

He exhibited his shaped abstract canvases over wood paintings at Anita Shapolsky Gallery in 1983 and 84. He also exhibited at the A. S. Art Foundation over the years.